It is one of the pastposting types. But it was developed in the great country of Italy. Or at least it was seen how the Italian guys were applying this cheating strategy. It is the country that gave the world Sicilian pedicure and great philosophers, soccer teams and Michelangelo, wonderful fashion designers and Caesar. Actually Caesar was there before Italy but still they are proud. 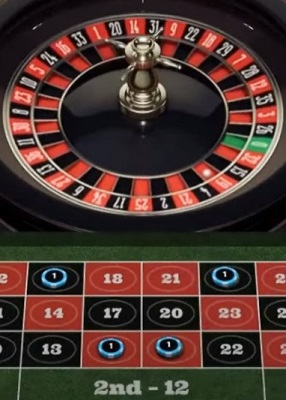 It was noticed that the team of four was using this method. There were three bettors. They played with different colors of the chips and of course they pretended that they did not know each other. They bought it with the low value chips, which was important. Usually it was $20 in $1 chips. So, each of them had a lot of the chips.

There are six bet $20 each. They placed all the bet in different sections divided into dozens. There were 2 bets in each dozen. If they won a bet, it usually were all the straight bets, they won $700. And they lost $100. The net income was $600. Still it was 6 times more than they lost.

Of course there were times, when they lost all the bets. But that was the time when they applied the roulette slide. Remember we were talking about four guys. Here is needed. He fulfilled the role of the distractor.

Certainly you can always apply this scheme with a bunch of your friends. But you should always keep in mind cameras, cheatcatchers, dealer with good eyesight and fast reaction and there are other players around you. How do we know about this method? Simply because some players were caught for such kind of the roulette scams. Everything has its payback.

We have 13 guests online