None knows who Henry Bee is in reality. Everyone knows he is a cheatcatcher but very few people know his real name. It is interesting how he manages to stay out of view. At the same time it can be explained by the laws that existed in Macau not long ago.

His story is covered with the shades of the mystery, so we won't speculate on this. But still, there are talks that say that Henry Bee was a Chinese gangster. The legend says that he was involved in casino cheating prior to his career on the other side of the battlefield. The legend also says that he was caught and in exchange of his health he would work as a cheatcatcher and will keep his all bones safe. 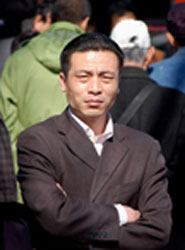 Apparently, he liked it this way better. He became a fierce cheatcatcher. Just like Andy Anderson to Griffin Investigations, he was so valuable for the Macau casinos owned by Stanley Ho. But the rules here in the Far East were too far from the Nevada's.

Stanley Ho decided the cheater's destiny. There was no police that would take you to the court or jail. There was only him to say what to do with the conman. But it was before. Now it is way better. The rules became "nicer" for the cheaters.

If earlier Macau was a shady place to go, now it is a prospering center. It is an interesting combination of the Chinese and Portuguese cultures. Its most part of income comes from tourism and gambling, as it is the most famous gaming center in the East.

It has been a place where the cheaters were afraid to go because of the possible punishment.