There are cats and mice. There is bait and a catcher. There is a loser and a winner. Sometimes you do not know on whose side you are: winner or loser. It happens that the casino is a loser in catching a cheater. Sometimes it is vice versa. And you do not actually know who is better.

That is why there are other folks who catch the "fast money" seekers. Those are the cheatcatchers like Oscar Gabin, Andy Anderson or Beverly Griffin.

He is the first one to be known as a cheatcatcher, whose job was full-time finding the cheaters. He was a simple guy with a nose for cheaters. He worked for the French National Police in a specialized casino crime unit. 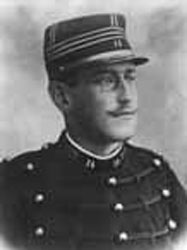 At the beginning of the XIX century French Riviera was a popular gambling center of the world. There was no Las Vegas. There was Mediterranean spirit and Monte Carlo. The entire world wanted to visit the land of gambling and expensive entertainment.

Rich, famous, noble and deceitful were coming here for luck. And certainly there were those who wanted easy profit. Gabin caught the nobles on stealing the bet, which basically meant that a person betted on one number and the other guy would just take away his winning bet as he was "sleeping" and this other guy appeared to be faster.

Sometimes the cheaters pretended they were nobles and that reduced level of shouting and they simply took away someone else's bets. The most famous thing that Gabin did was catching Pierre Dugal for making the wheels biased.

Dugal simply hid in the casino and at night, where there was none he would come out and measure the wheels. That is how he was getting rich. And Gabin figured out that someone physically did something to the wheels. He stayed in several casinos for several nights in a row with the teams of the skilled guys, and they saw how it worked.

Gabin caught Dugal and sent him to prison. After he was released, Gabin imprisoned him again for this type of fraud. What a nice guy was Gabin!!

We have 15 guests online