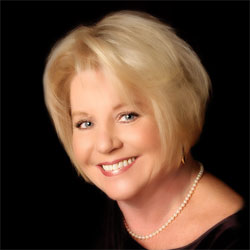 The casinos legally steal from the players. And why can't the players steal from casinos? True, but it is regulated by law. You come to the casino and voluntarily give your money. None asks you to do that. But there are folks who really want to get rich but they have no intention to sweat for reaching the goal.

There are not only strong men looking for the cheaters. There are also ladies doing the same thing. Such is Beverly Griffin. She was married to Robert Griffin. He founded Las Vegas Griffin Detective Agency or as she renamed later Griffin Investigations.

Some years later they divorced and she took control over the agency. As we know card counting is not illegal. But she wanted to put it out of law so much. That is really weird. Card counting is a skill obtained through hard work and talent. It is not stealing chips, pastposting, where you are to have only technical skills or radio control of the ball.

She contradicted herself in this "witch hunt" craft. She said that single card counters are cool because it is a skill while the groups of the skilled people are evil. Well, what can we say here? Just keep silence.

She got so concentrated on the card counters that the real cheaters started breathing again. And one day became a rainy day for her. Her agency caught two card counters who were arrested. But those guys were not scared and sued her. That litigation process turned into the end for her company. They lost too much money in while paying off those card counters.

Those guys were Michael Russo and James Grosjean, who were paid a nice sum of money. Griffin Investigations and Caesar's Palace had to pay $25,000 each to the gamblers.

Although the agency was involved in solving MIT case and still the staff enjoys their triumph, they lost the focus of search and that is why they paid a high price.