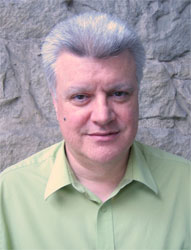 There are many ways how to drive the cheaters away from the casinos. Everyone chooses the way he really likes and thinks it is the best and most effective. There are so many speculations how everything should be done.

Earlier in the 20th century there were harsh methods of fighting the single and team cheaters. The security services were the bouncer-like guys, whose look intimidated enough. Some cheaters could lose a couple of teeth in time of Bugsy Siegel, some could obtain an opportunity to go to the hospital.

But time went by and the laws changed. New rules were brought into force. And Andy Anderson was one of those guys who took the other way.

He started working in times when there were no computers. All the cheaters or suspects knew his face and were scared to death if they saw him. He was a master of his craft. It seems that he could smell the cheater and tell where the latter was and how he cheated.

Anderson's craft was walking around the casinos and looking for different scammers. He watched the people, learnt the behavior patterns of the scams and he could guess cheaters in disguise. Every time when he found the single or team cheaters, he would copy the descriptions of them and pass them to other casinos.

In 70s there was no email, so he delivered all the necessary information personally. He was a major cheatcatcher in the area. He was that man who was the closest to revealing Richard Marcus but he never brought him to the court. That is funny as after Marcus retired, he started cooperating with Anderson in cheat catching.

In the same name movie Laurence Fishburne's character was taken from Anderson's. He later moved to Florida for catching the cheaters there. He is one of the greatest examples of the devotion to work, like Henry Bee.

We have 13 guests online